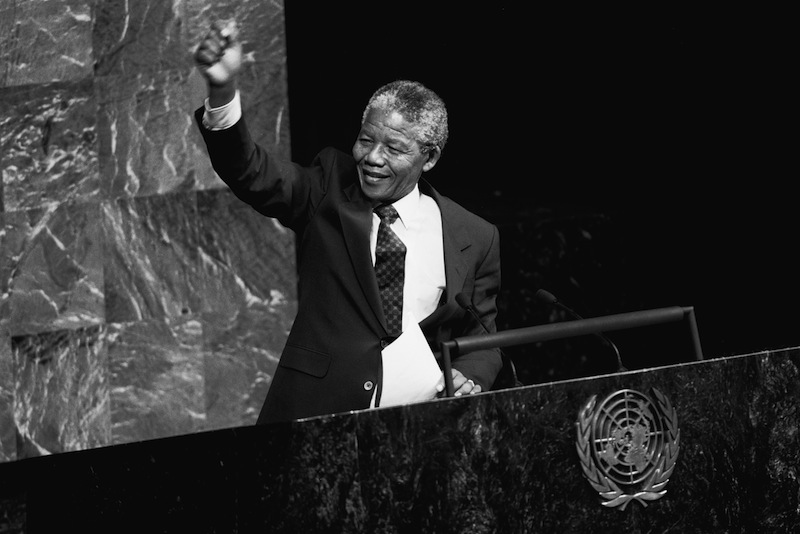 Nelson Rolihlahla Mandela (18 July 1918 – 5 December 2013),
Deputy President of the African National Congress of South Africa,
addresses the Special Committee Against Apartheid in the General Assembly Hall of The United Nations. New York City, 22 June 1990, 4 months after his release after 27 years of imprisonment.
May his mind and his wisdom still lives in every human being to continue fighting against the injustices and for freedom.